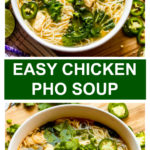 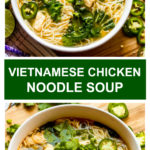 We love to serve it with jalapeño peppers, green onions, and cilantro. 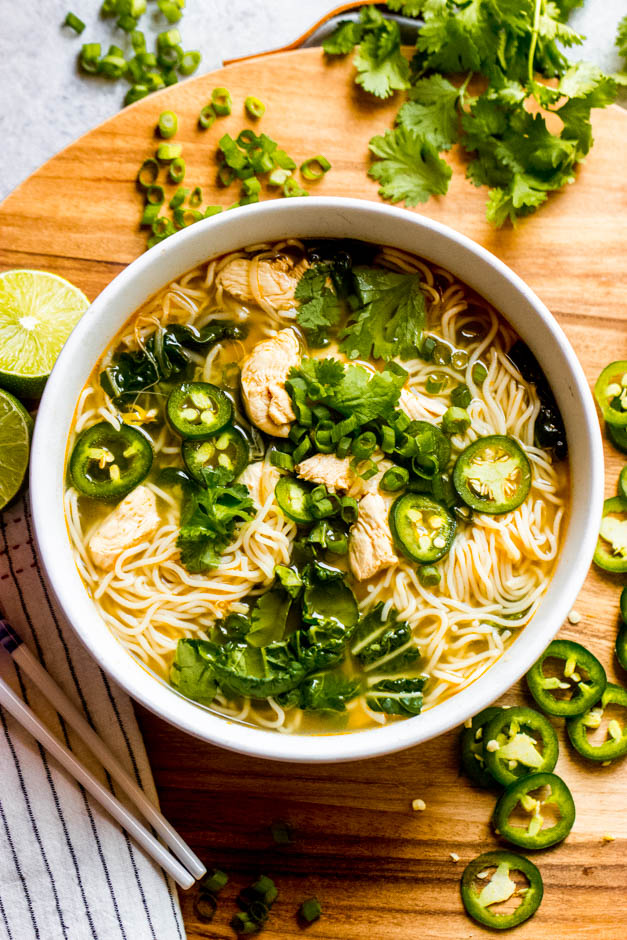 There’s no doubt that chicken noodle soup will always be my favorite. So belly-warming good and apparently cures a cold. But if you’re looking for a way to change up your soup game then you got to try this Vietnamese chicken noodle soup.

It’s my quick and easy version of pho soup. Made with simple ingredients and easy steps. Such as chicken, bean sprouts, bok choy, and a ton of fresh herbs. It’s served ladled over the cooked ramen noodles with jalapeño peppers, green onions, and cilantro leaves.

This soup is incredibly easy to make and will satisfy your craving for a bowl of pho. The key to this chicken pho soup is all in the broth. You want to use good quality chicken broth, either homemade or store-bought. I love the Pacific Foods Organic Chicken Stock. 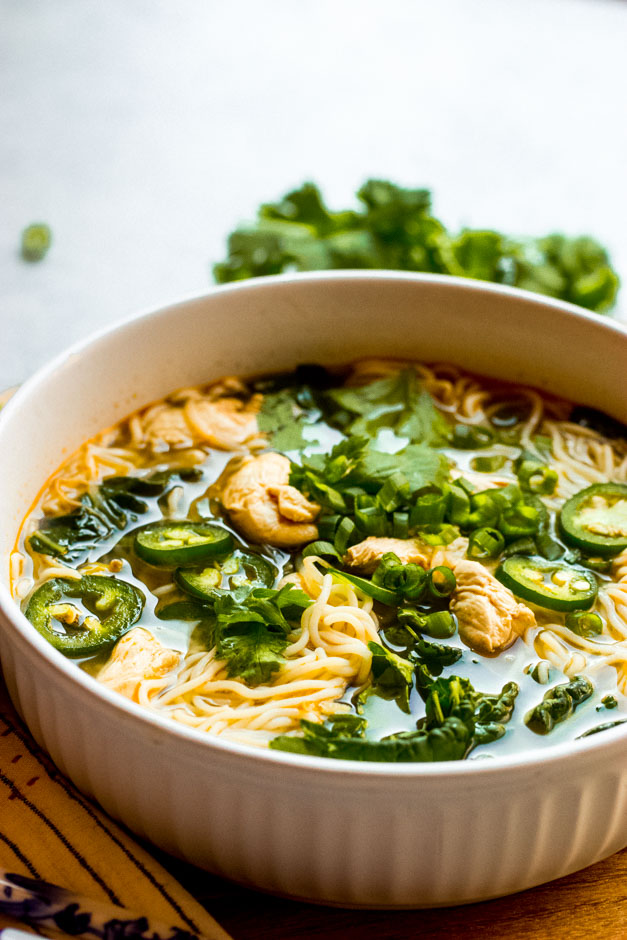 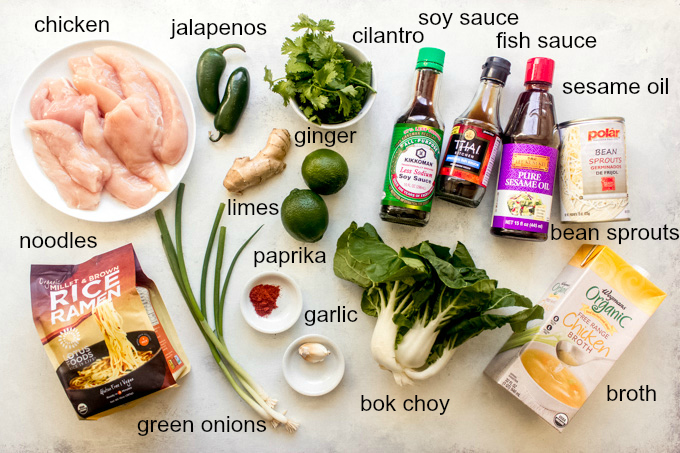 Chicken – I like using chicken tenders in this soup because they’re so easy to work with and cook fairly quickly. But boneless, skinless chicken breast can be swapped out for the tenders.

Bean Sprouts – If your supermarket carries fresh bean sprouts then definitely take advantage of them. They’re going to be fresher and much tastier.

Boy Choy – Spinach is a good swap for the boy choy. You can add a little more spinach than the 3 cups since spinach cooks down so much.

Katya’s TIP: While the chicken marinates, cook the ramen noodles according to the package instructions. Drain and rinse under cold water. Set it aside to use later.

Stir in chicken stock and bring to a boil. Season with salt and pepper. Reduce heat and simmer, partially covered, for about 5-7 minutes or until the chicken is cooked through.

What Condiments Do You Put in Chicken Pho?

When serving chicken pho, I find that the toppings are as important as the soup here. They add a pop of color and scrumptious flavor.

Serve a platter of condiments along with the soup, such as sliced jalapeño peppers, green onions, and cilantro. You can also throw in some fresh basil leaves, mint, lime wedges, sesame oil, and hot chili sauce.

To serve chicken pho, add cooked ramen noodles to a bowl, ladle generous serving of chicken broth, and top with loads of greens.

Don’t limit chicken pho just to lunchtime, instead pair the soup with some of these amazing sides to make a nutrient-dense meal.

If you try Vietnamese Chicken Noodle Soup, don’t forget to leave feedback and a rating.

Originally published in March 2015, updated January 2020 with new photos, rewritten post, and additional information. No change to the recipe. 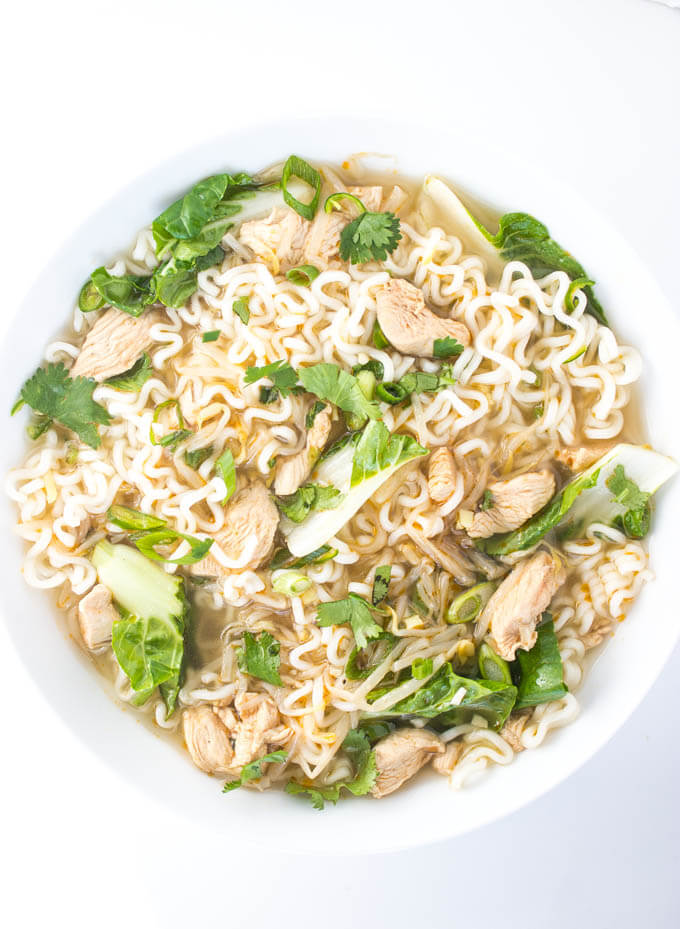 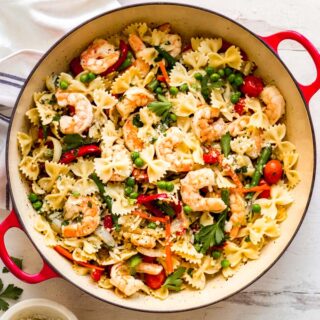 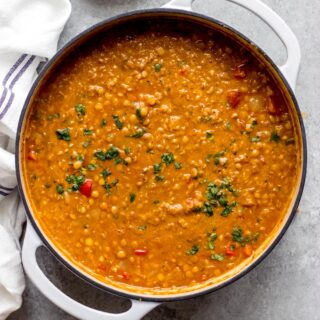 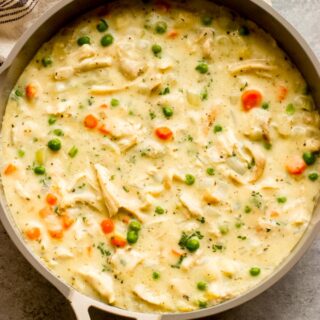 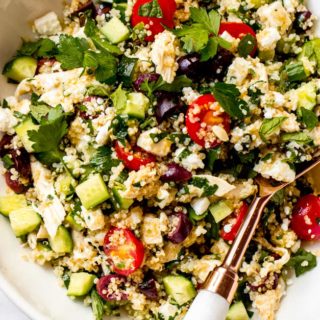 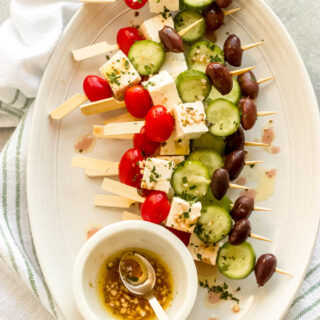 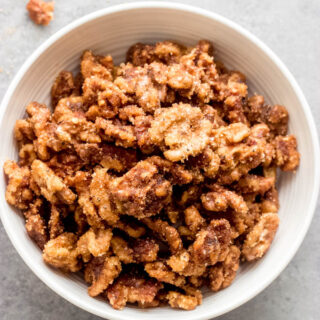