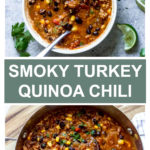 Protein packed smoky turkey chili with quinoa, black beans, corn, and spices. It’s a one-pot stovetop chili that comes together so easily. Perfect to enjoy throughout the week or to make for later. It freezes well too! 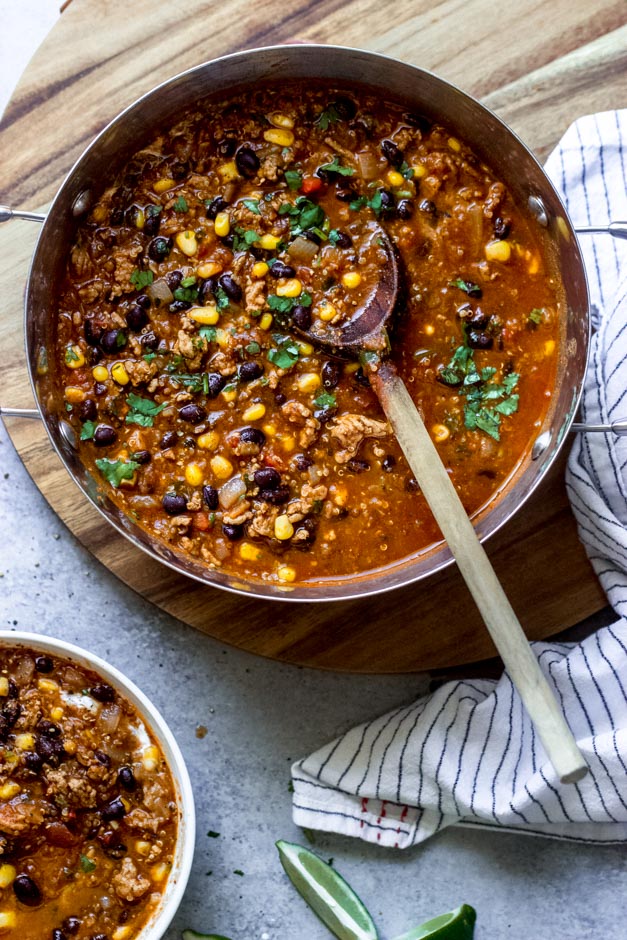 There’s no doubt that chili is one of my favorite foods to make. I’ve shared everything from White Chicken Chili with Apples, Lentil Chili, Creamy Chicken Chili, to Leftover Turkey Chili Recipe. I mean we just love chili. Period.

Today I’m sharing another chili recipe. This one is made with ground turkey, quinoa, veggies, beans, and a delicious blend of spices, including cinnamon. But don’t worry, your chili won’t taste like cinnamon. It adds warmth to the chili and enhances the smoky flavor of the chipotle pepper.

It’s extra hearty and filling too. You’ll want to double batch this recipe because it tastes even better the next day and freezes well too!  Plus it’s made entirely on the stovetop in one pot. So no need for any fancy equipment. How great is that?! 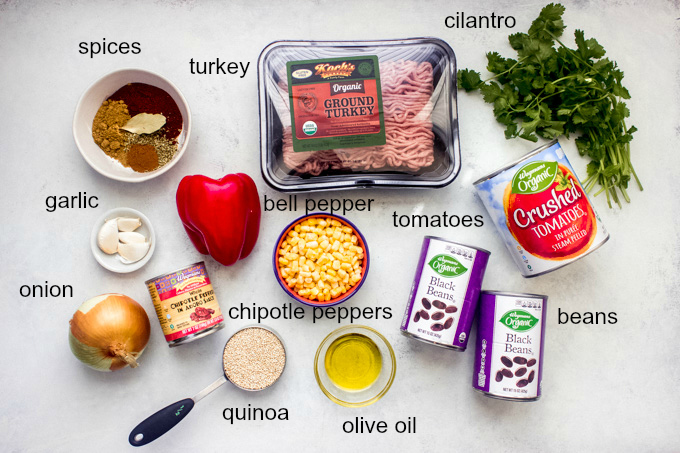 Chipotle peppers in adobo sauce. They just might be the star of this recipe. Not only do they add heat but also depth of flavor to turkey chili.

You can find them in most supermarkets. They’re dried, smoked jalapeños in a tangy, slightly sweet red sauce. With just the littlest amount you get intense smoky chile heat. But don’t worry this turkey chili is not crazy spicy. The smokiness and heat are very subtle.

And if you can’t find chipotle peppers in adobo sauce use smoked paprika instead. Depending on taste, you can substitute anywhere between 1/2 teaspoon to 1 teaspoon.

How to Make Turkey Chili with Quinoa

Stir in garlic and cook until fragrant.

Katya’s TIP: If turkey meat starts to release water during cooking, increase the heat. You want those juices to stay in the meat. Also, make sure you’re using a large enough pot and not overcrowding the meat too much.

Stir in chili powder, cumin, oregano, and cinnamon. Season with salt and pepper, to taste. Cook while stirring for about 1 minute or until flavors blend together.

I also like to add a squeeze of fresh lime juice at the end. It brightens the chili up a bit but it’s totally optional.

What to Serve with Turkey Chili

One of the best parts about chili is all the individual toppings. You can get as creative as you like. We like to keep it simple by creating a toppings bar so everyone can get a little of what they love.

Things such as sour cream, some type of greens like cilantro or green onions, avocado, and something crunchy like tortilla chips are some of our favorite chili toppings. But you can add just about anything you like.

If you want to make this a little more of a balanced meal, try pairing this turkey chili with healthy cornbread and Chopped Mexican Salad.

Turkey chili will last in the fridge for up to 4 days. It truly does taste better the longer it sits. Keep it stored in an airtight container.

You can also freeze chili for up to 3 months in freezer-safe containers or bags. Let chili thaw out in the refrigerator overnight then empty contents into a soup pot and reheat over warm heat. 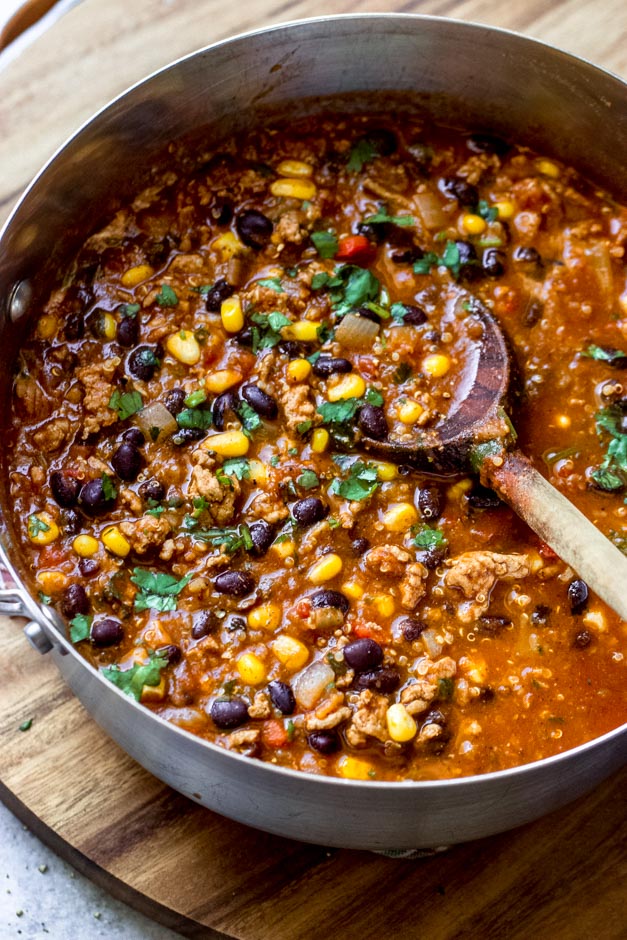 If you try Turkey Quinoa Chili don’t forget to leave feedback and a rating.

adapted with changes from Taste of Home 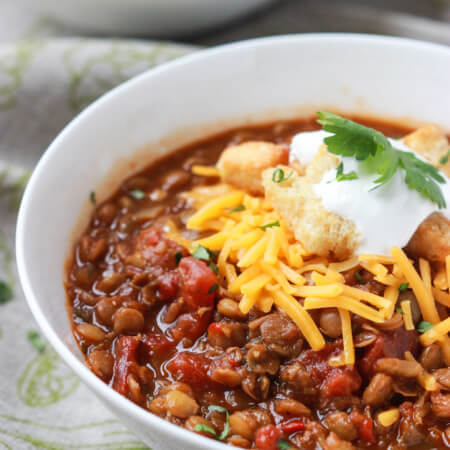 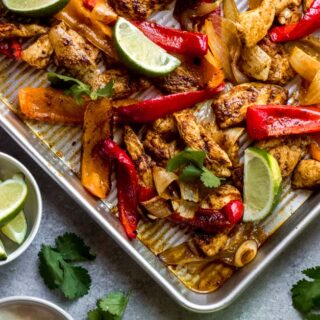 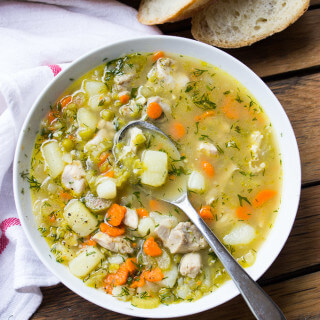 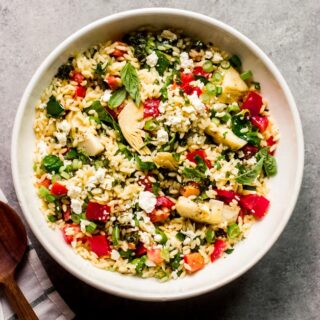 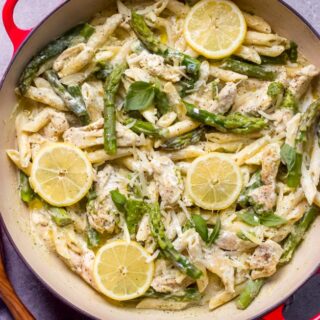 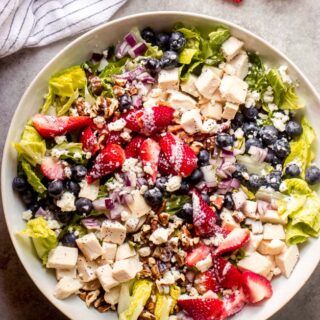 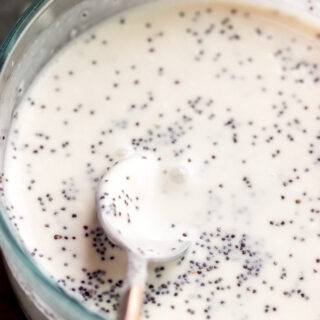