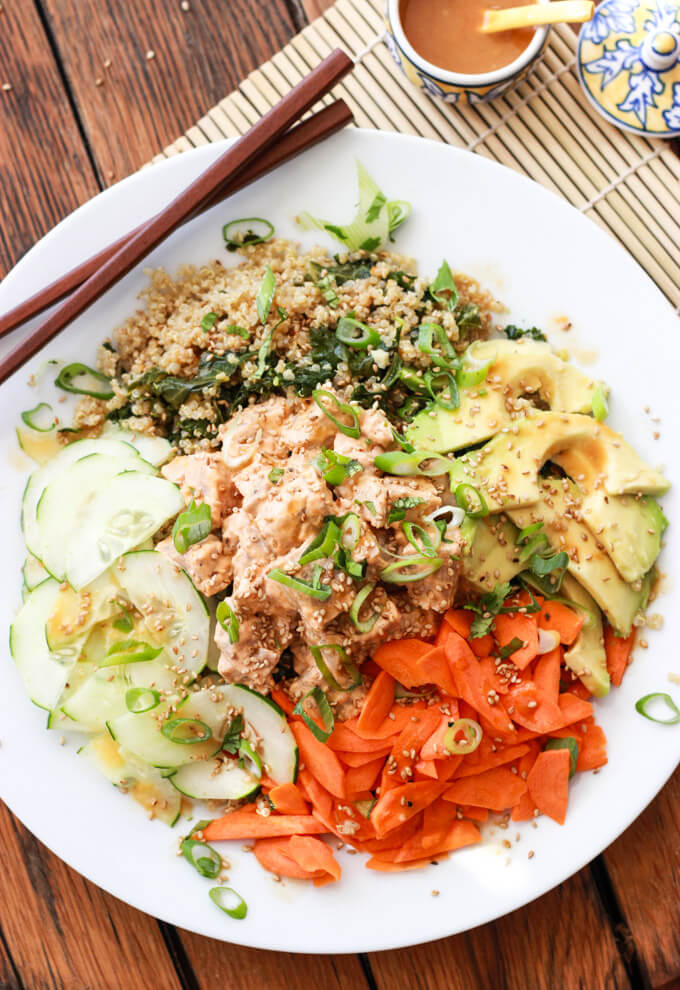 First time I had ahi tuna was in Hawaii in ’06 while on vacation. I thought it was the most tender piece of fish I’ve ever tasted as it just melted in my mouth. Shortly thereafter, I started eating sushi but I started with those cheap grocery store California rolls and slowly worked myself to legit raw stuff and definitely not grocery store quality. 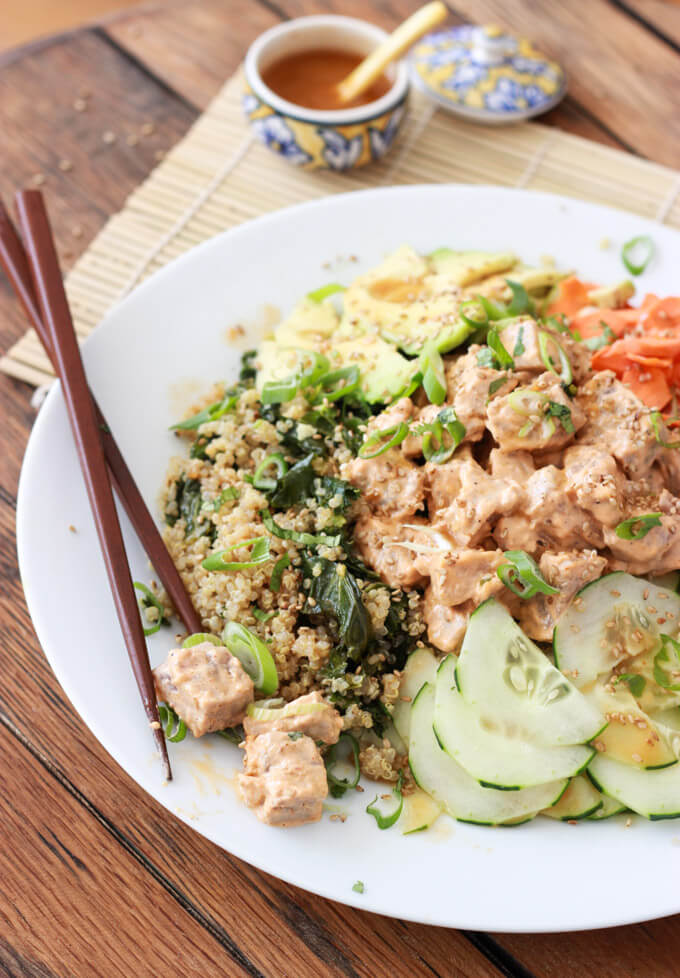 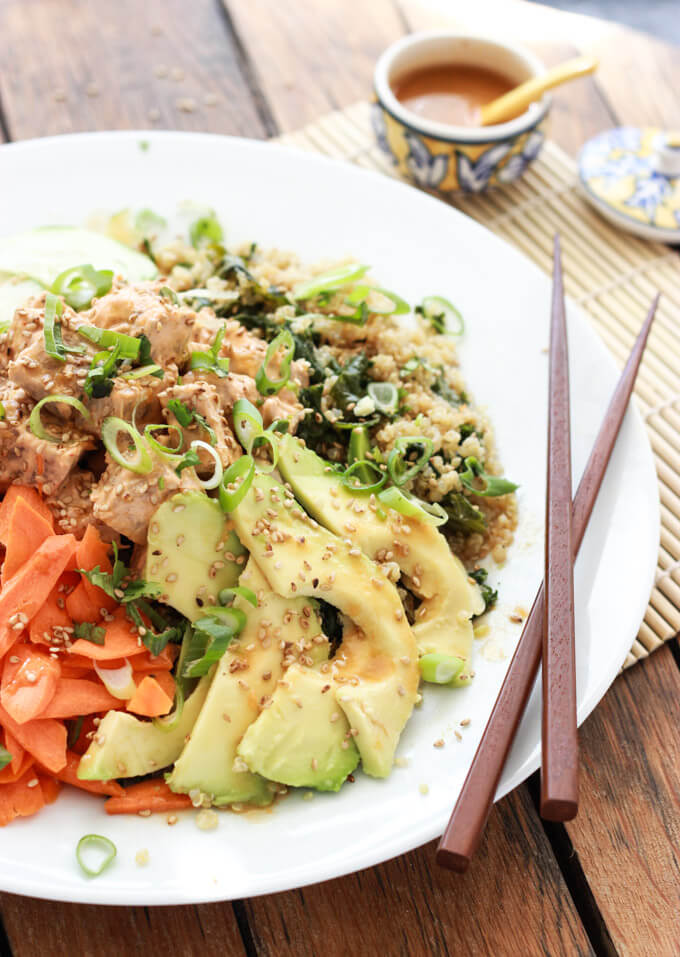 Now I resort to cooking my fish and wanted to create a sushi bowl using some of my favorite sushi combinations, one of them being spicy tuna seared in sesame oil and coated in sriracha mayo. Traditional sushi rolls are all about rice but I skipped the rice and went for quinoa to which I added healthy, leafy kale that I’ve sautéed in garlic, ginger and soy. I love the crunchiness of the kale with softness of the quinoa. Plus kale adds so much flavor to the bland quinoa. If you find that your quinoa is a bit dry, especially if you store it in the refrigerator overnight, just add little bit of extra virgin olive oil. 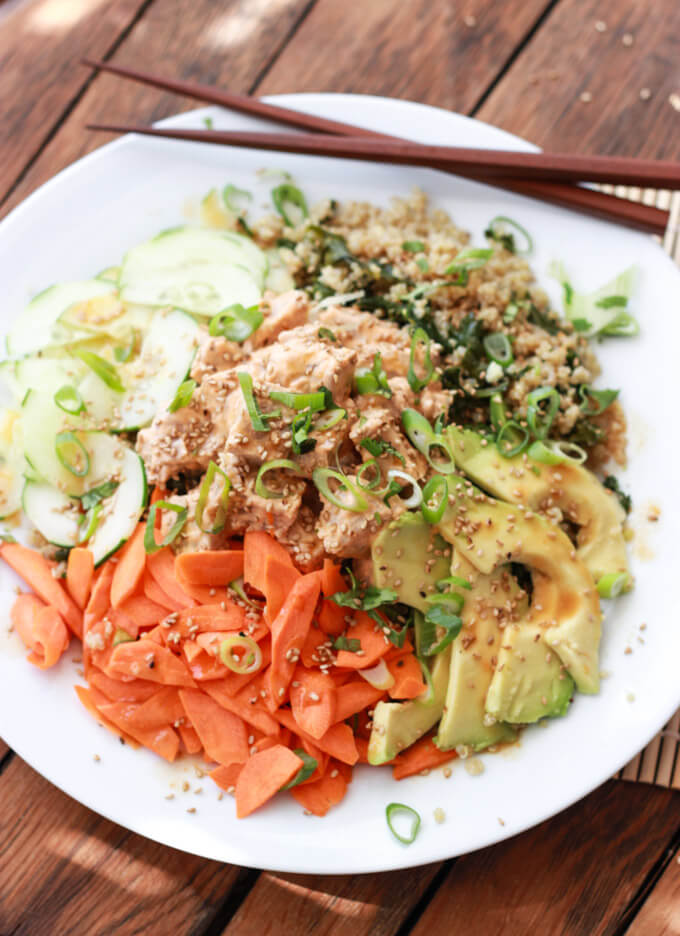 Spicy tuna and quinoa combined with fresh cucumbers, carrots, and avocado is best of all worlds: spicy, crispy, nutty and fresh. To finish the bowl, I made Hula Ginger Vinaigrette using a recipe from the talented Tieghan at Half Baked Harvest, which has some awesome flavors like sesame oil, sriracha, tahini, garlic and pineapple juice. 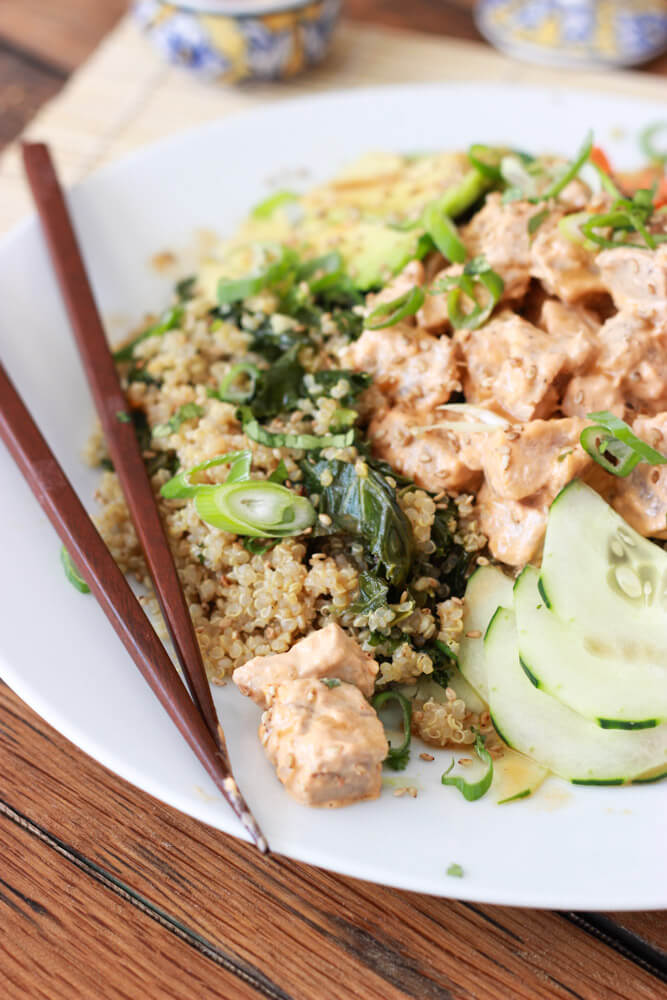 You can serve these sushi bowls with hot or cold quinoa. I went with the hot as I love the cold tuna and fresh crispy veggies a top of my hot quinoa. Either way. It’s good stuff no matter how you do it. 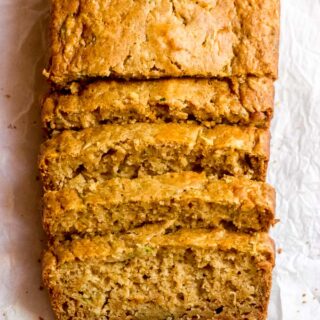 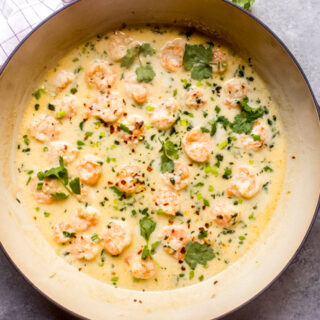 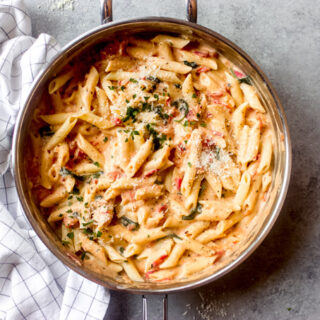 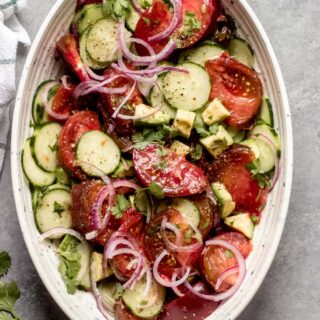 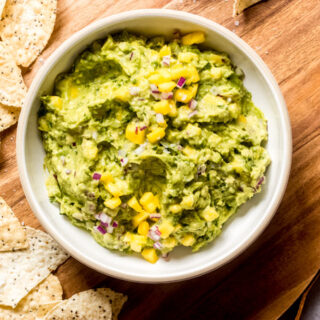